Since friends and family have started seeing my cake pop work, I’ve been getting more requests to do some cake pop jobs on the side.  This is really exciting for me because it give me the chance to create different types of cake pops that I would have never thought of doing before!

What’s funny about the way I work with my cake pops is that I never know exactly what I am going to do until I start doing it.  I have the general theme idea in my head, and then I create as I go!  Recently, I was asked to make cake pops for a bridal shower.  I was told that they had a Paris theme for the shower and that they would like the pops in black and white if possible.

This cake pop order was for 50 cake pops, so I made half in chocolate and half in vanilla.  It made it easy to determine which pops were which flavors…Black = Chocolate.  White = Vanilla. For the decorations, I thought it would be neat to have various different designs throughout the entire display.  So I did some with black sugar crystals, some with clear sugar crystals, some with white nonpareils, and some with white or black candy drizzle.  And then the stars of the display were the plain white cake pops that I drew little Eiffel Towers on with a black edible ink marker!  (I recommend Americolor Gourmet Writers…they work the best!) 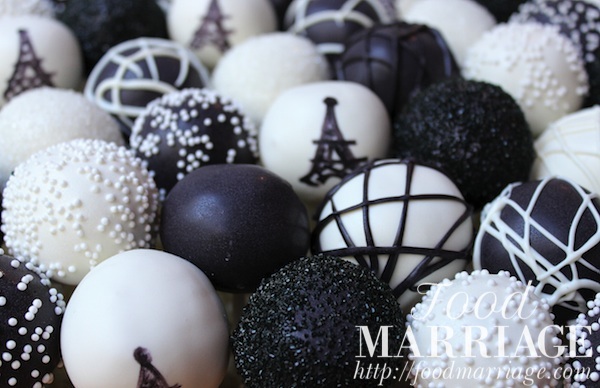 For the actual display, I found a Paris-themed photo box at the craft store which I used for the base.  And then I found some scrapbooking paper that was labeled as “French Script” to use as the background for the display.  I have no idea what it said because I don’t know French at all!  I hope it said something nice, haha!!  The script background did end up looking really cool and really contributed to the overall look and feel of the display.

I finished off the cake pop display with some embellished and raised Paris-theme stickers, which really tied everything together.  After making this display, I totally fell in love with it….now I want to go to Paris and see the REAL Eiffel Tower!!!!

For more information on how to make cake pops…visit my basic “How To Make Cake Pops Post.”

BA Haggerty is the recipe developer, food photographer, and creator of FoodMarriage, a food blog based in the suburbs of Philadelphia, PA. She is a former healthcare recruiter and mom of 3 girls. Since 2011, BA has been helping busy moms make easy recipes that their whole family will love!

My name is BA and I want to thank you for stopping by the Food Marriage Blog! I live in the Greater Philadelphia area and am having an amazing time sharing my experiences of being married, having fun, loving life, and loving food! (Read More...) 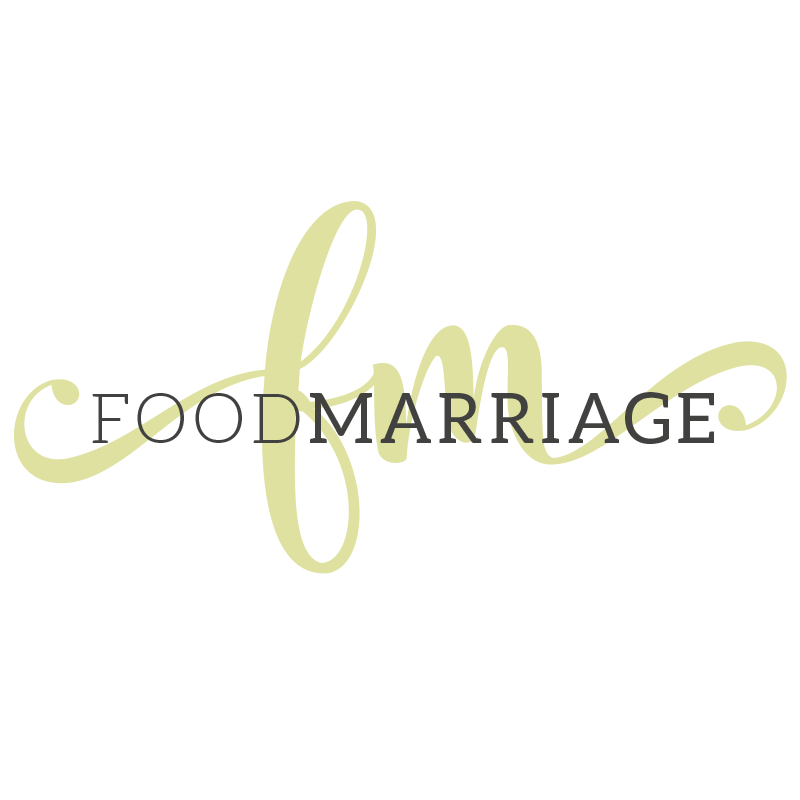